Thank you for reading!

Convenient Home Delivery of the Inyo Register PLUS E-Edition access and unlimited access to articles on inyoregister.com.

Starting at
$0.99 for 1 day
Get Started
View all rates
You have permission to edit this article.
Edit
Home
News
Sports
Obituaries
Photos
Videos
e-Edition
Classifieds
Subscribe
Share This
1 of 2 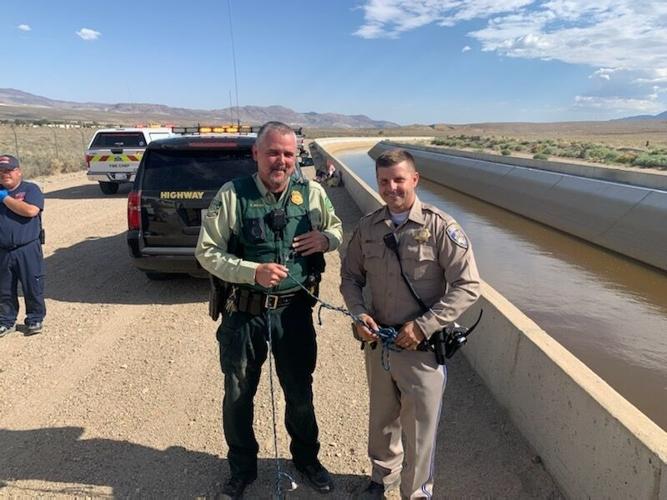 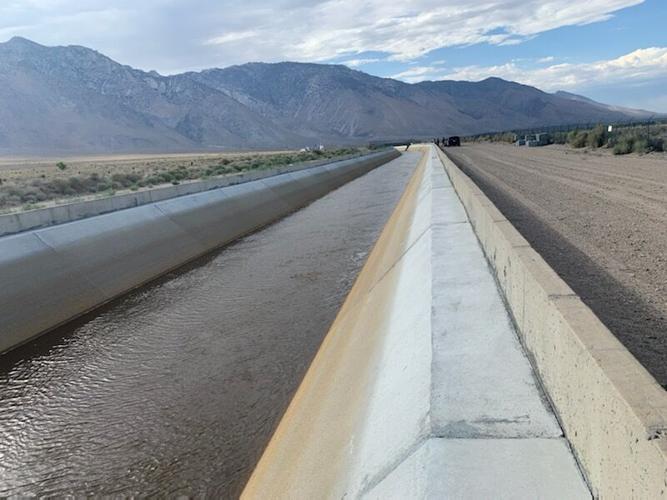 The California Highway Patrol reminds people that the recent incident serves as a reminder to stay clear of swift moving water.

The California Highway Patrol reminds people that the recent incident serves as a reminder to stay clear of swift moving water.

A 40-year-old Ridgecrest man nearly drowned and had to be fished out of the Los Angeles Aqueduct Aug. 25 after he and another Ridgecrest man apparently trespassed on LADWP land near Olancha, the California Highway Patrol reported Tuesday.

According to the CHP, at about 1 p.m. Agu. 25, the Lone Pine California  Highway Patrol received a report of an abandoned vehicle near the Los Angeles Department Water and Power Aqueduct near Olancha.

When a CHP officer arrived on scene, he found a white 2019 Audi abandoned with the door open and personal effects inside. The officer began searching the area for anyone associated with vehicle. A few minutes later, a 24-year-old man from Ridgecrest whose name was withheld from the report was found walking along the aqueduct.

The party related his friend had fallen into the aqueduct and was drowning.

The officer began driving farther down the aqueduct and located a 40-year-old male from Ridgecrest whose name also was withheld from the report standing in wet clothes at the side of the aqueduct in distress.

While the officer was talking with him through a locked gate, the Ridgecrest man passed out and fell back into the aqueduct, where he was carried away by the moving water, according to the report.

A National Forest Law Enforcement Officer arrived on scene and cut the locked gate for officers to gain access to the aqueduct.

The CHP officer retrieved a rope from his patrol vehicle but when the officer realized the rope would not be long enough, he tied two lengths of rope together before throwing the lifeline toward the victim.

The victim, whose head dipped below the surface several times, was able to retrieve the lifeline and both officers were able to pull him from the moving water, the report states.

Both parties were treated and released with non life-threatening injuries, according to the report.

Both parties were issued citations for trespassing on private property.

The CHP states that this incident is a reminder of the dangers associated with the swift moving water and strong current within the aqueduct. Stay out, stay alive.

Sorry, there are no recent results for popular videos.

Sorry, there are no recent results for popular commented articles.